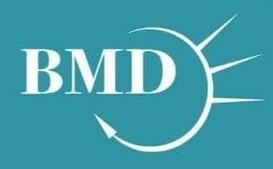 We help leukemia patients around the world!
Join us!

Please help us to recruit new bone marrow donors!
We all have a lot of different bloods mixed in our veins, which makes us ever closer to each other.
The more donors being listed in bone marrow database, the more lives can be saved.

When we are many we can move mountains!
Thank you for being with us!

HOW TO BECOME A BONE MARROW DONOR

To become a member of our Registry you need to:

If you want to become a donor, write to: karelianbmd@yandex.ru (write "I want to be a donor" in the subject line).

After HLA-typing results have been received the donor gets an individual code and he or she is entered into the database. This fact is confirmed by a text message sent to the donor's mobile.

The main condition of entering the Registry is that the donor should be willing to render gratuitous help to any patient requiring donor hematopoietic cells. The Registry finds donors for patients notwithstanding their country of residence, their ethnic, religious, racial or other differences. It is essential to understand that a lot of time may pass between the moment when you become a member of the Registry and the time when you are actually asked to help as the patient who needs your help may arrive years, or even decades, later.

Bone marrow cells are located in different bones but, mainly, in pelvic bones. Besides, they can also be found in peripheral blood, in umbilical cord blood of new-born babies and in placenta.

There are two potential sources of obtaining donor cells:

At the moment bone marrow cells are obtained in two ways: from bone marrow and from blood.

The procedure takes place in a collection centre. At first, a special substance called colony-stimulating factor is administered to a donor for four days by means of subcutaneous injections; this causes hematopoietic cells to move from the bone marrow into the blood stream. On the fifth day the donor gets a catheter installed in his or her vein. He or she is then connected to the blood separator, a special device that collects hematopoietic cells. During the procedure the donor's blood several times passes through the separator which collects hematopoietic cells into a special bag. The procedure lasts from five to seven hours; during this time the donor rests relatively still (however he or she can read, watch TV). Cell collection procedure is painless and causes no discomfort to the donor who can go home several hours after the cell collection procedure is over.

This procedure also takes place in a collection centre. Bone marrow is obtained from iliac and sacral bones and is collected into a special plastic bag. The procedure is performed under general anaesthesia in an operating room and lasts, on average, from 40 to 50 minutes. When it is over the donor remains in the clinic for several hours under medical care, after which he or she may go home.

Whatever the collection method, not more than 200—300 ml of hematopoietic cells are taken from a donor, which is quite enough for bone marrow transplantation. The donor's blood formation takes 7 to 10 days to get restored.

The Registry aims to provide high-quality and safe donor bone marrow cells, while preserving the health and well-being of donors. The donation is a medical procedure which, as any medical procedure, may involve certain risks. However more than 99% of donors face no complications after donation. The registry employees including doctors evaluate all donors' reactions connected with bone marrow cells donation. Apart from that donors can always get the necessary advice if they have questions or doubts regarding donation.

Obtaining Cells from a Vein

The administration of colony-stimulating factor may lead to fever and pains in bones and muscles that can be relieved by anti-inflammatory drugs and disappear when the substance is no longer administered.

There is some anaesthesia-related risk but it is no different from the risk caused by anaesthesia during any surgical operation (be it dentistry or surgery). There are very few chances for a healthy person to develop serious complications. Sometimes donors may be nauseated; bruises may appear in puncture spots. After the procedure there may be certain discomfort around bone punctures. Usually they are not relieved by painkillers.
For professionals
DONOR SEARCH STAGES

Searching for an unrelated donor of hematopoietic cells is quite a difficult process consisting of a number of stages that should be observed to make sure positive results are achieved. The steps that should be undertaken before hematopoietic stem cells are donated and transplanted successfully are briefly outlined below.

Stage 1. To begin looking for an unrelated donor of hematopoietic stem cells you should send a filled-in form of the Primary donor search request. Providing the register with the results of high resolution HLA typing (A, B, C, DRB1, DPB1 and DQB1 loci) is a mandatory condition for a donor search. After the request is received, a preliminary search for donors is conducted. The results are sent to the requesting transplantation/ search centre. It contains information on all donors, both pre-compatible and partially compatible with the recipient.

Stage 5. The donor arrives at the collection centre where donor hematopoietic cells are collected. After this a special courier delivers the finished donor product to the transplantation centre. Immediately after the donation the donor remains in the collection centre under medical care. Subsequent medical care for the donor is organized by the registry. The donor's health is monitored for at least 3 years after the procedure.

It should be pointed out that the stages of finding donors described above are generally outlined and may vary in each particular case as the process of the search and selection of a donor is complex and individual. Besides the transplantation centre can at any stage change the tactics of the donor search notifying the registry and, if necessary, the collection centre.

At each stage of the search the registry bears financial costs which are to be compensated by the transplantation or search centre. However since the result of the donor selection is unknown till the very end of the process we adhere to the principle of gradual reimbursement of the Karelian Registry's expenditures, stage by stage. The only mandatory condition is that the costs of the procedures that have been initiated should be reimbursed, even though there may be situations when a transplantation centre for some reason refuses to continue the search for a donor.

However, we believe that the main goal of our work is to do our best to find a compatible donor for the recipient.

Assessment of a Donor's Health.

World Marrow Donor Association (WMDA) has developed international donor medical suitability guidelines. The latest version of these guidelines is published here.
Donor Search Service
Despite the fact that data on donors of the Karelian Registry are presented in the Russian search resource RDKM and in the international search resource WMDA Search, not all clinics and attending physicians in Russia have access to this search engine. Therefore, to facilitate the appearance of donors we are seeing an open and public search engine presented below.
To perform a search, it is necessary to examine the patient's HLA genotype data in the query request as accurately as possible. Search based on 4 or 5 pargeneses (loci) of the HLA genotype, each time to be defined as XX:YY:ZZ, XX:YY, XX:YYYY or XX:YYYYY, for example, 01:03:28, 58:02 , 01:XX, 02:MNQR or 03:HVYTG. The response to the request will be a brief statistical report showing the presence of matching and partly matching donors. If you would like to receive a detailed report, please contact us by e-mail karelian.bmd@onego.ru or by fax +7 8142 765 897

Alias can't be on alias

For patients
Every year we look for bone marrow donors for 25 – 100 patients from Russia and other countries of the world. Eight bone marrow transplantations have been conducted with the help of our donors. So far it is not so many but it already works and saves lives.

How to look for a donor?

Therefore, the Registry only starts looking for donors after receiving a formal request for donor search, which can be sent by a transplantation clinic, a search centre, or a registry of hematopoietic stem cells donors.

We are willing to send you the form of the formal donor search request after you contact us. Please write to our e-mail: karelian.bmd@onego.ru or contact us by fax: +7-8142-765-897


Charity
Our Registry exists solely through private donations. We are very grateful for the assistance rendered to us. The information on our main expenses and operational costs is given below:

You can donate to our fund through GlobalGiving.org, NuzhnaPomosh.ru or Blago.ru, or by other options at the website. 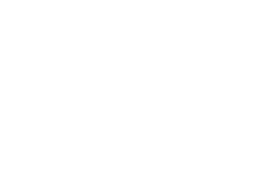